Real life situations as tensions simmer are documented in British Reality TV series Four in a Bed (previously called Three in a Bed) Channel 4’s ‘Four in a Bed’ programme, Episode 28 of Series 10, features The White House Brighton Bed and Breakfast owners Sean and Kathryn throwing their doors open to fellow B&B owners Marianne and Deina of Wakes Hall Lodges that is surrounded by five hundred acres of countryside in Colchester, Essex, Mike Hayes and Neal of The Highlands Pub in affluent town of Blackpool and last but not least the winners of this series Denise and Jackie of Newton House an eighteenth century Georgian town house located at 5 – 7 York Place which is a five minute walk from Knaresborough Castle and just over a mile away from Harrogate Golf Course.

T.S. Eliot observed that “humankind cannot bear very much reality”; eighty years on, however, some of the race has an insatiable appetite for reality television. The thought comes to mind after watching the final episode of Four in a Bed. Such a title might conjure images from Nouvelle Vague cinema but in fact the Channel Four series lingers upon the texture of sweet corn fritters and the colour of headboards as the owners of bed-and-breakfast establishments visit one another- and deliver their varying verdicts.

What’s more, this is cash on the nail, for inside each envelope are used smackers (presumably supplied by Channel Four) which might or might not meet payment in full, the shortfall sparking either indignation during the round-table discussion or the admission that it’s a fair cop – the bacon too hard or the beds too soft. A lack of shampoo and conditioner in the bathroom, and you can be £15 down on the deal, which, as one aggrieved owner pointed out is more expensive than any shampoo of which she had heard – and the point of the bathroom was its free standing, cast-iron bath (which could easily accommodate two)

Naturally, the White House does not have an Oval Room.

A nineteenth-century building in Brighton’s Kemp Town neighbourhood, the White House bed-and breakfast establishment, run by Sean and Kathryn, has managed to create a modern interior – but to go any further with reconfiguring the supporting walls would be looked at askance by those in charge of Building Regulations.

Meanwhile, it was recently subjected to comments by people perhaps even more stringent in their demands – fellow bed-and-breakfast owners. This episode of Channel Four’s long-running series Four in a Bed certainly bore out the view that Brighton is a cosmopolitan place: for the night in question there were these visitors from Essex, Blackpool and Knaresborough.

Having opened the White House with scarcely £200 to spare, Sean and Kathryn have evidently gained from the boon in Brighton the past fifteen years (they are busy fifty weeks a year), so much so that it can charge London prices, as the savvy Northerners were not slow to point out.

“Is this the staff accommodation?” asked one of the Blackpool pair when shown to their room. Another couple likened the chests-of-drawers to a dentist’s premises. While looking out upon a street scene which offered “five types of scaffolding” but granting that upon the sheets there were “no stains”, others held aloft their lavatory brush with a measure of disdain.

For all this, there was a good spirit to their encounters. As one of the Essex women asserted, “I don’t mean any harm, I like to dig a little deeper.” Certainly all of them entered into the spirit of that perennial Brighton pastime, a spot of cross-dressing, before an evening’s discussion over dinner at Riddle and Thins.

And, of course, the proof of a B & B is in the eating: it is fair to say that Sean’s 9am prowess as a chef met with acclaim, at which he was chuffed – just as he and his wife were able to take more astringent comments on the chin. He has evidently prospered from the hunch, “I’ll have a go at that!” when the chance came up to train as a chef.

Meanwhile, perhaps the immortal line from the episode is the assertion, “we have hen dos in Brighton.”

It certainly does. They generally begin many miles to the north, east and west – on the train. Which, in times of austerity, appear to have supplanted the stretch limo. 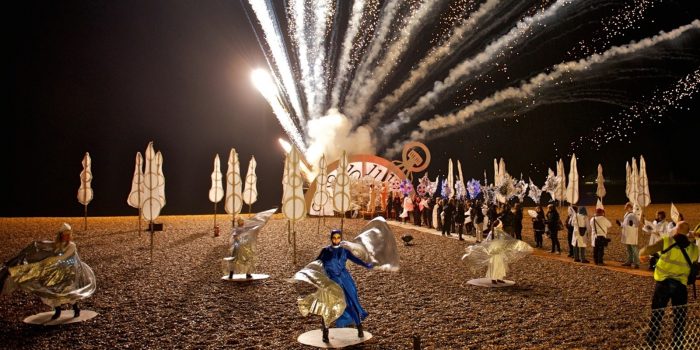 Burning the Clocks is a fantastic outdoor celebration of the winter solstice and a free spectator event. The event consists of a children’s lantern parade through the city centre finishing... 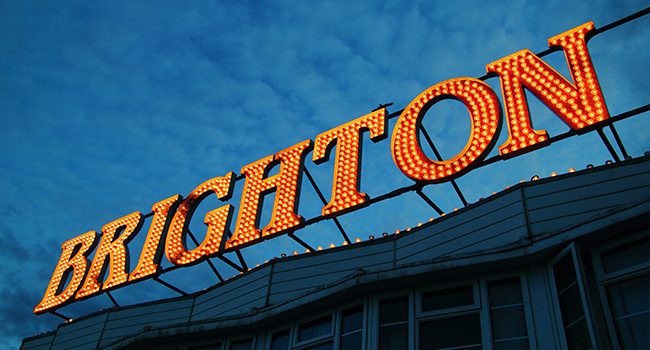 Brighton Festival 2015 kicks off with the Children’s Parade on the 2nd May and art and film, books and debate, circus acts, comedy, contemporary and classical music, dance, family friendly... 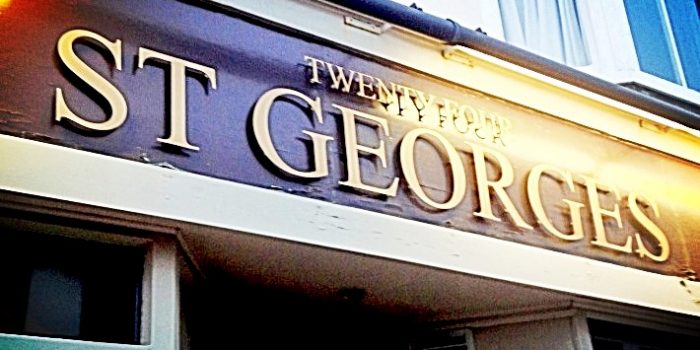 Dean Heselden and Jamie Everton-Jones are the award winning chefs and proprietors of Twenty Four St Georges Restaurant in the heart of Kemp Town Village, Brighton,BN2 1ED. They are committed...